Here are some interesting (and maybe weird) facts about cats you may not have known! 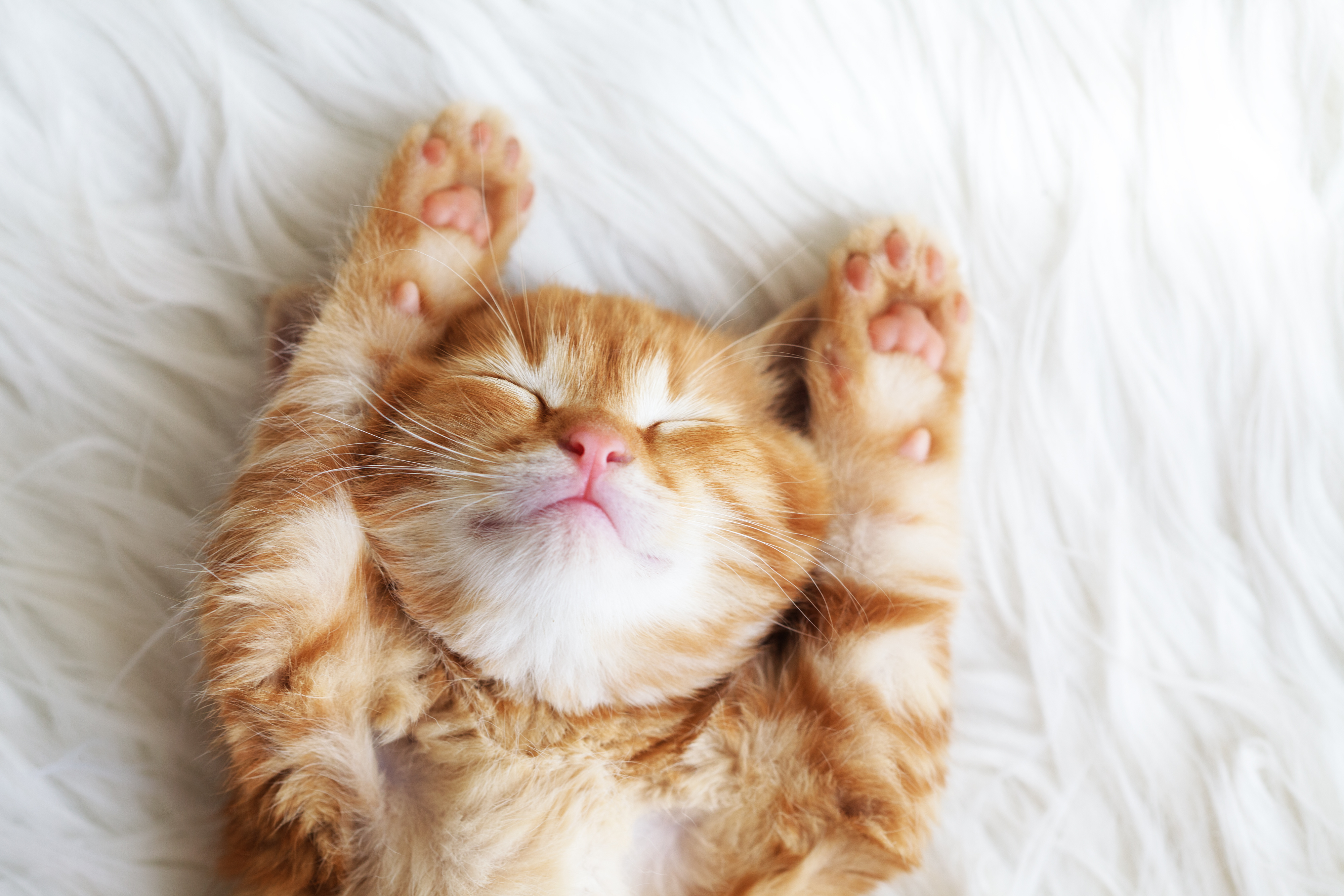 Unlike us, cats’ kidneys can filter salt, allowing them to drink seawater!

Cats can’t get enough sleep; they actually spend 70% of their lives sleeping.

Cats sweat through their paws and use them to mark their territory.

Yes, they can get a version of Alzheimer’s or dementia around the age of 8–-this may be why they’re constantly meowing.

Use Their Whiskers to Sense Space

Cats’ whiskers can grow to the width of their bodies. They use them to sense if they can fit into a small space or not.

They’re actually more likely to survive when falling or jumping from higher up because it can take them time to sense that they are falling at all. Cats use an “umbrella” form when they fall, just like a skydiver––no wonder they almost always land gracefully.

All domesticated cats trace back to five kinds of African wild cats all the way from 8000 B.C.!

They Have Nose Prints

Cats’ noses have ridges on them, making each one unique. They’re just like us and our finger prints!

When cats grow up, they no longer meow to each other. Adults only meow to humans when they want something (they’re so darn cute, they get what they want anyway, don’t they?).

Cats can move their ears 180 degrees and separately! They have 20 muscles that control their ears. 20!

A Group of Cats is Called a Clowder

So they can’t taste how great your candy is, huh?

Yes! Most cats are actually lactose intolerant, so cut down on the milk!

Have a Dominant Paw

Brains are Similar to Human Brains

Cats’ brains are actually 90% similar to the human brain!