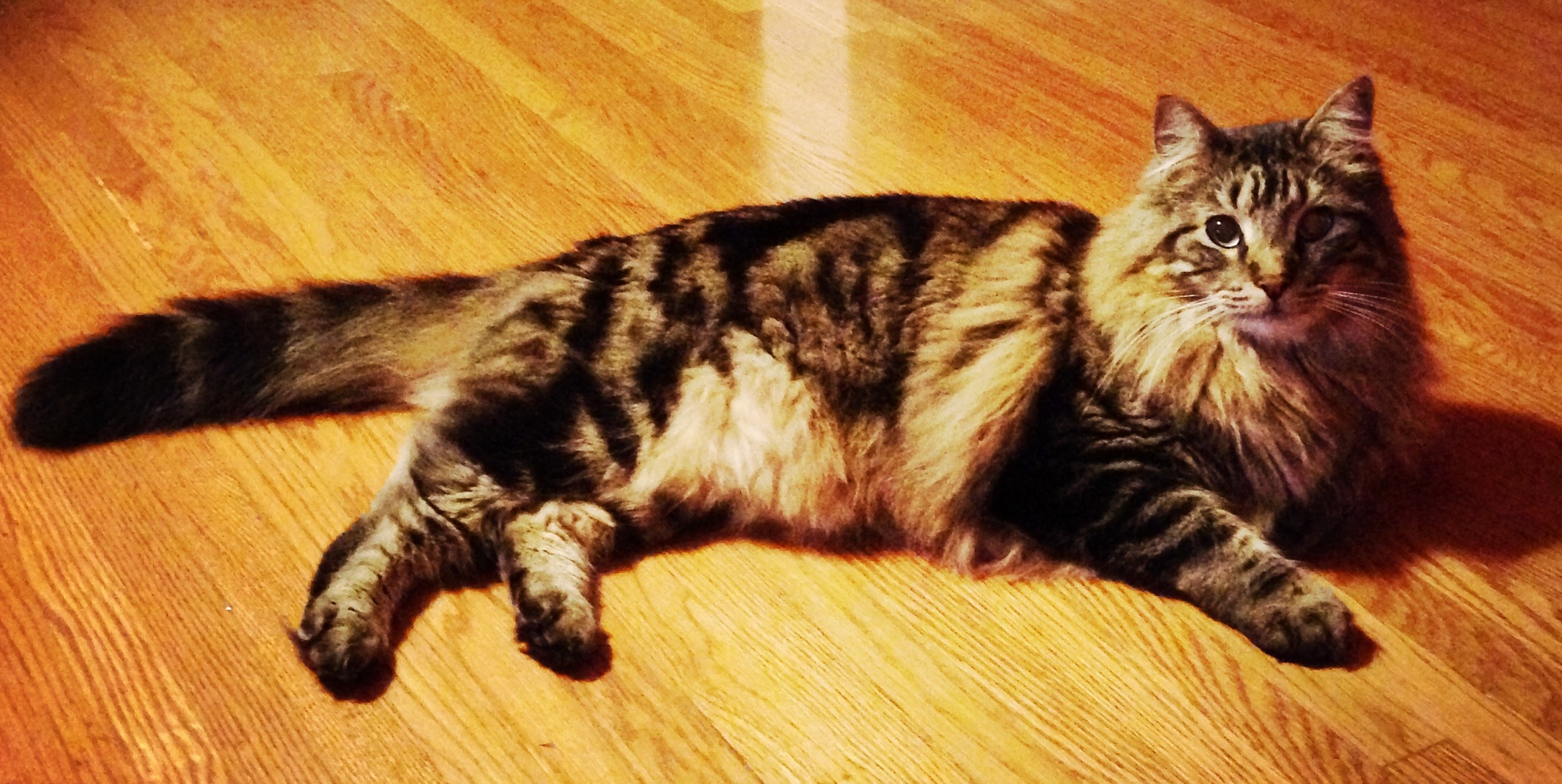 Floyd was sort of a rescue.  The kitten had somehow ended up in a car engine, stuck, and parked in front of my wife’s colleague’s house.  He took a ride in the engine compartment for a few miles, unbeknownst to the driver, and thankfully was not physically hurt.  He was wedged in a very tight spot and after hours firefighters and a mechanics freed him.  My wife’s colleague took him in, cleaned him of all the engine gunk, followed up with veterinarian visit, shots and microchipping and took care of him while searching for a new home.

My wife had been hinting at wanting another cat about 1 year after our previous cat Chip had passed.  I was still grieving the loss of Chip and just having a hard time moving forward with another pet. My wife was persistent and had been emailing me pictures of available cats every day for quite some time and while I looked at each and every one of them I just wasn’t ready.  Then one day she sends a pic of this little kitten and for mysterious reasons just like that I was totally ready to go get this kitten.  The email was a forwarded by my wife from her colleague who had been searching for a home for this little fella.

We picked up little 4 month old Floyd on a Saturday.  He was irresistibly cute.  While in the car on the way home we noticed he was totally covered in fleas.  Once home, we quarantined him to the laundry room which we had made comfortable and cozy for our new little kitten.  After all, we didn’t want him to run around scared and spreading fleas throughout the house, not to mention a whole house can be overwhelming for the little fella.  We gave him a bath, treated him for fleas and loved all over him.  He seemed to be very ‘at home’ within just a day or two.

As Floyd grew rather quickly, he went from a little fuzzy kitten to a fairly long and very, very furry little man.  We didn’t know at the time, but it turned out Floyd was a Maine Coon and wouldn’t stop growing for several years. I know everybody says this about their cats, but, Floyd is the greatest little cat.  He is so well behaved, so funny, loyal and affectionate yet has an edginess about him and a ‘way too cool’ factor which is why he’s often referred to as the Burt Reynolds of cats by our friends. 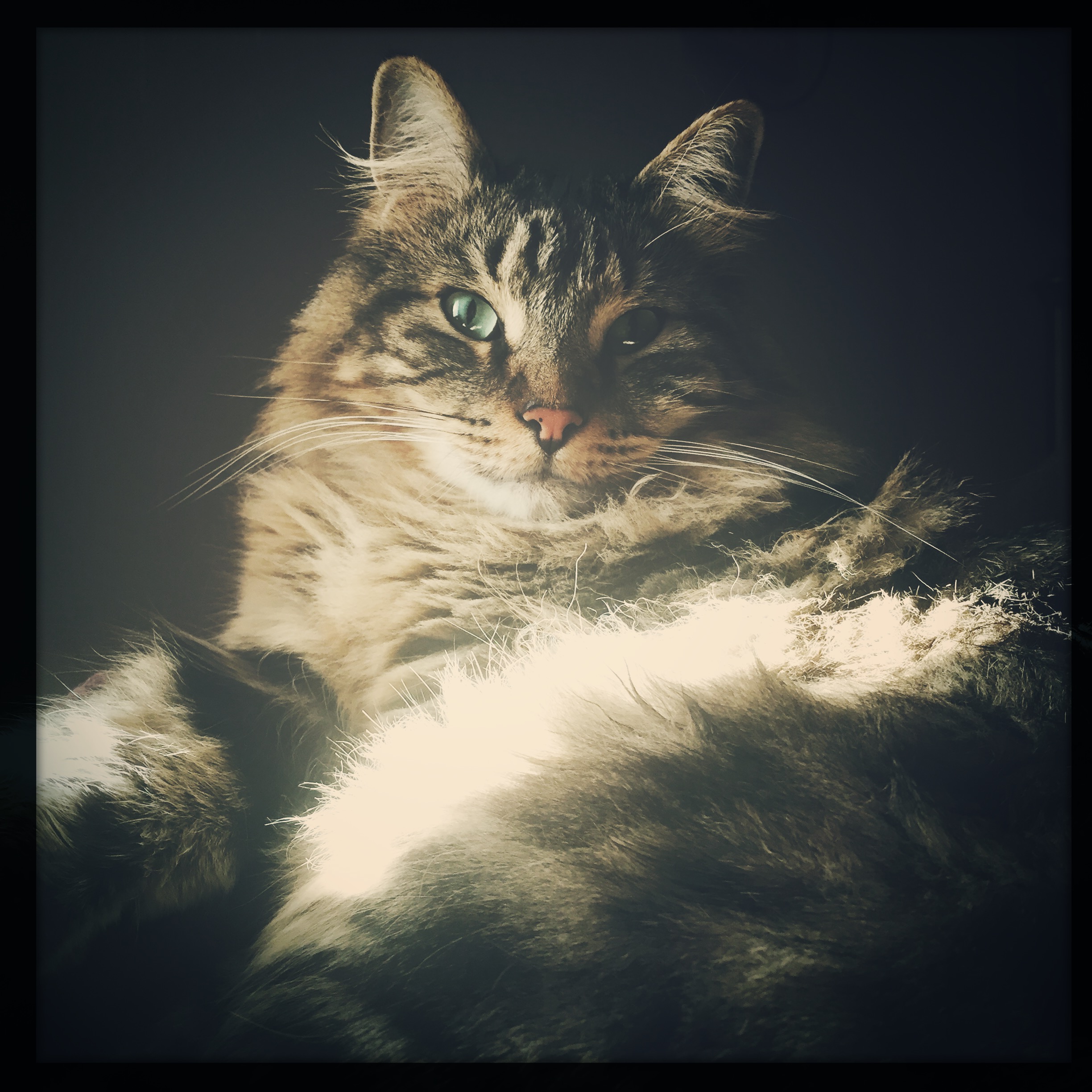 Floyd is now approximately 3 ½ years of age.  He’s about 15 pounds, lean but sturdy, with a tail slightly longer than his body.  He’s such a nice cat with everybody, has never hissed, scratched or bitten anybody out of anger or fear.  Floyd’s favorite past times are greeting anybody and everybody that walks through the door with varying type of meows, chirping and chattering at birds and squirrels, chasing the occasional house fly which makes it in to the house, hide and seek, and any other type of play anytime of the day or night. 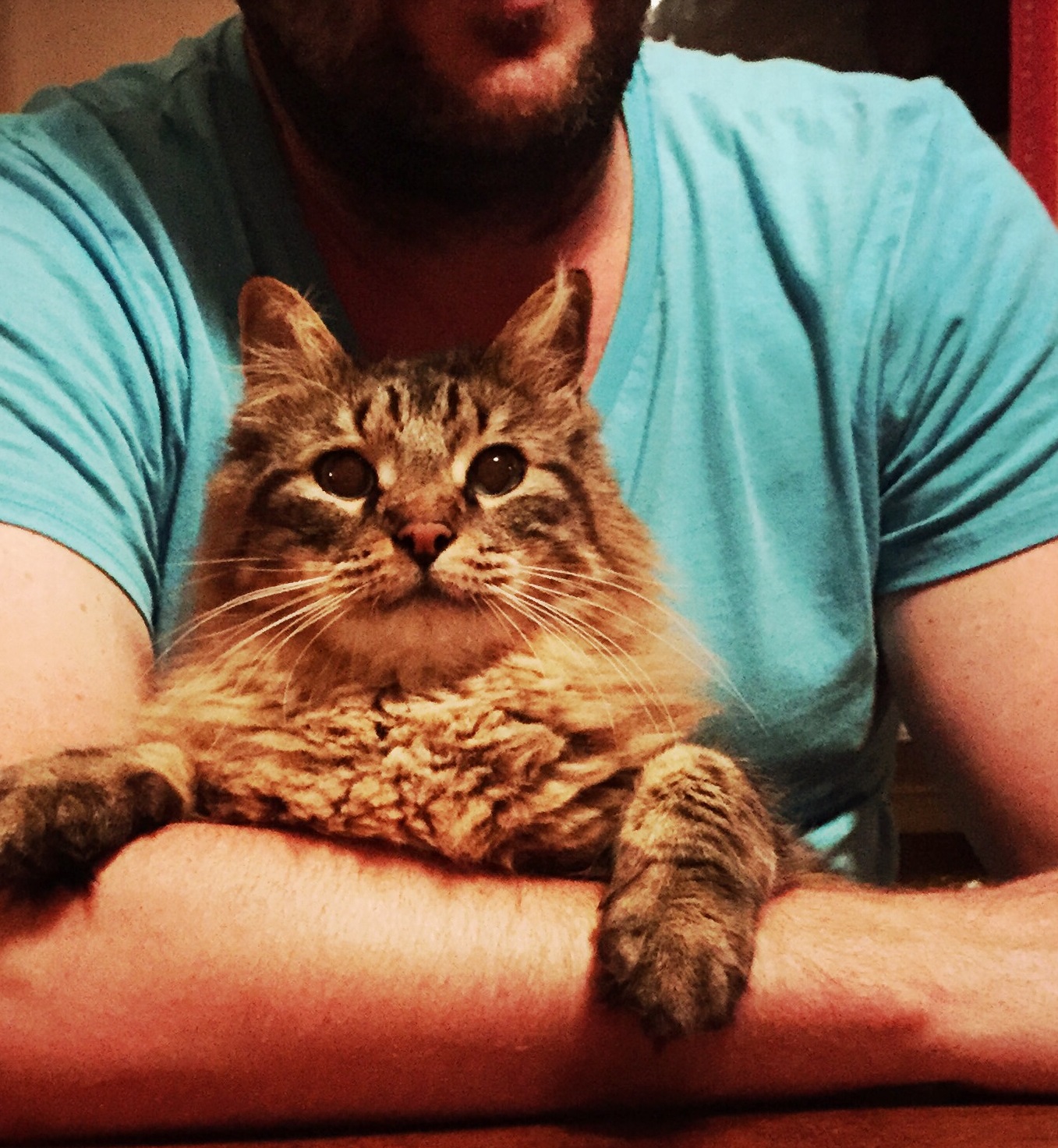