Most people are shocked when I tell them my dog has probably traveled to more places than they have. I own a little Yorkshire Terrier, and so far he’s been to 3 different countries and 4 states. My family and I adopted my dog, Felix, 2 years ago while living in Norway (yes, he is a Norwegian dog). He currently lives happily in Seattle where dogs are everywhere.

When I moved back to the U.S. I couldn’t bring Felix with me right away, and I can’t tell you how much I constantly missed him. Less than a year later, I finally got the opportunity to bring him home. This was not an easy process; I had to do extensive research, make sure he had all of the appropriate paperwork and vaccines, and had to spend a lot of money. This is the process I went through to travel overseas with my dog, and why it felt so important that I have him with me. 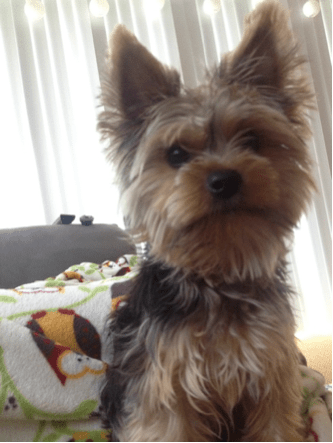 First, I have to tell you a little bit about Felix and how I got him. I begged my parents for a dog most of my life (okay my whole life up to this point), but they always said no because I was allergic… which I supposed was a rational explanation; but I wouldn’t have it. I then thought, why don’t I get a hypoallergenic dog? But “hypoallergenic” doesn’t mean someone with allergies won’t react still. Luckily, despite being extremely allergic to cats, I felt that I had grown out of my dog allergies. Anyway, I found these cute little puppies online and voila, a week later one of them was mine. I remember walking into this apartment and 4 little Yorkies the size of my hand running and jumping all over me. They were the cutest.

Felix was only 14 weeks old when I adopted him. If don’t know anything about Yorkshire Terriers, I must tell you, they have the biggest personalities. I did not know this before! He’s still the same as he was when he was a puppy. He loves to play all day (he won’t ever leave you alone), he does the silliest things, and at the end of the day, he’s the biggest cuddle bug. All day long he’ll paw me until I either play with him or pet him––he’s kind of needy. He also hides his bones everywhere; one time I left Norway without him and found one of his bones in my suitcase when I landed (my heart melted a little to be honest). He constantly drops his toys at your feet and gives you puppy dog eyes; he has so much energy I swear my dog has ADD.

And did I mention he’s adorable? 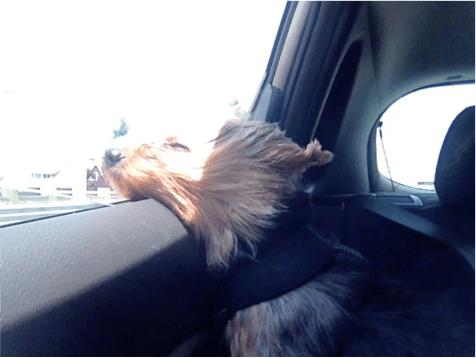 So now that you have an idea of how much I love my pet, it might make more sense as to why I travelled with him all the way around the world. About this time last year, I travelled to Norway to visit my dad, who Felix was staying with. I had to start preparing for Felix’s travel over a month in advance to make sure I wouldn’t run into any problems when it came to boarding my flight and bringing him into the U.S..

I started with researching the cheapest and safest option for travelling with pets. I found that there are actually several pet travelling service that make sure all of the paperwork is taken care of and they drop your pet off at your front door. Although convenient, this was extremely pricey; plus, I didn’t know how I felt about leaving my one year old dog in a kennel with strangers for several days to a week as he had not been kennel trained. Then I looked into U.S. regulations on bring in foreign animals; I had to make sure Felix had all of the required shots and paperwork to travel. As I was not in Norway at the time, I had to contact my dad and he had to bring Felix to the veterinarian to get the proper vaccines. Most of these had to be taken care of at least month before travel time. The difficult part about this was translating everything on paper from Norwegian to English, and making sure that he was receiving the correct shots.

After deciding that travelling with him in the cabin was the best option, the next step was finding an airline that allowed pets in the cabin. I found that putting him in the cargo hold was a little risky for many reasons. First off, he was still young so he could have had a lot of anxiety. Second, there isn’t very good air in the cargo hold. And three, having him with me allowed me to keep an eye of him and make sure he was okay on the flight. Also, you never know if pets are mishandled in cargo; it wasn’t worth the risk for me. In addition to all of these reasons, the total travel time from Oslo to Seattle is around 17 hours. I, personally, was not willing to leave Felix in a kennel with strangers for 17 hours––not if I didn’t have to.

After choosing an airline, I had to not only make sure my dog was okay to enter the country, but he also had to have paperwork so that he could get on the plane. I also had to pay to extra fee (which is usually between $150-200) so he could travel with me. Believe it or not, he even had his own little pet passport with a Norwegian flag on it! (I don’t know why this is so cool to me; maybe I’m just proud that my dog his own passport…). I had to have all of his original documentations of his vaccines as well as a copy of documents translated in English.

To my surprise, the actual travel was really smooth. There was no fuss over bringing him on the plane in Norway, and when I got to the U.S. they just glanced at the paperwork to make sure he was good to go. (I actually think it was too easy, but I’m not complaining). Even better, Felix did great on the plane. He didn’t whine or bark or make any noise. I didn’t have to give him tranquilizers (which you definitely shouldn’t unless the vet advises you to give them to your pet specifically). He was just a little angel.

Yes, it was Worth it.

Before all the big travel, a few people told me, “why don’t you just get a new dog?” Well… I don’t think people would understand why unless they have a pet of their own. I would tell them that I loved my dog to death and he was the cutest and he was funny and loving. And they would say, “…he’s just a dog.” And my response was: “so?”

I can’t really explain or make someone understand why I feel so affectionate about a dog unless you had a pet of your own. He’s just like a family member; you can’t just replace him. You don’t just replace your kid with another kid. He means a lot to me and I truly feel like he loves me to, even if he’s “just a dog.” 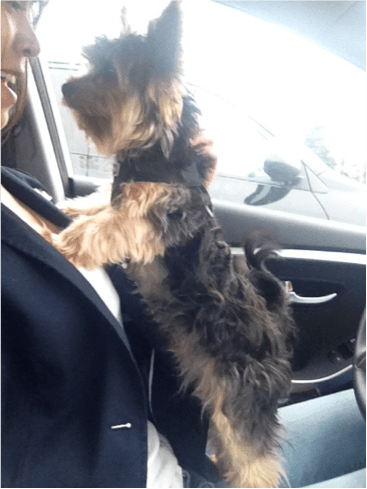