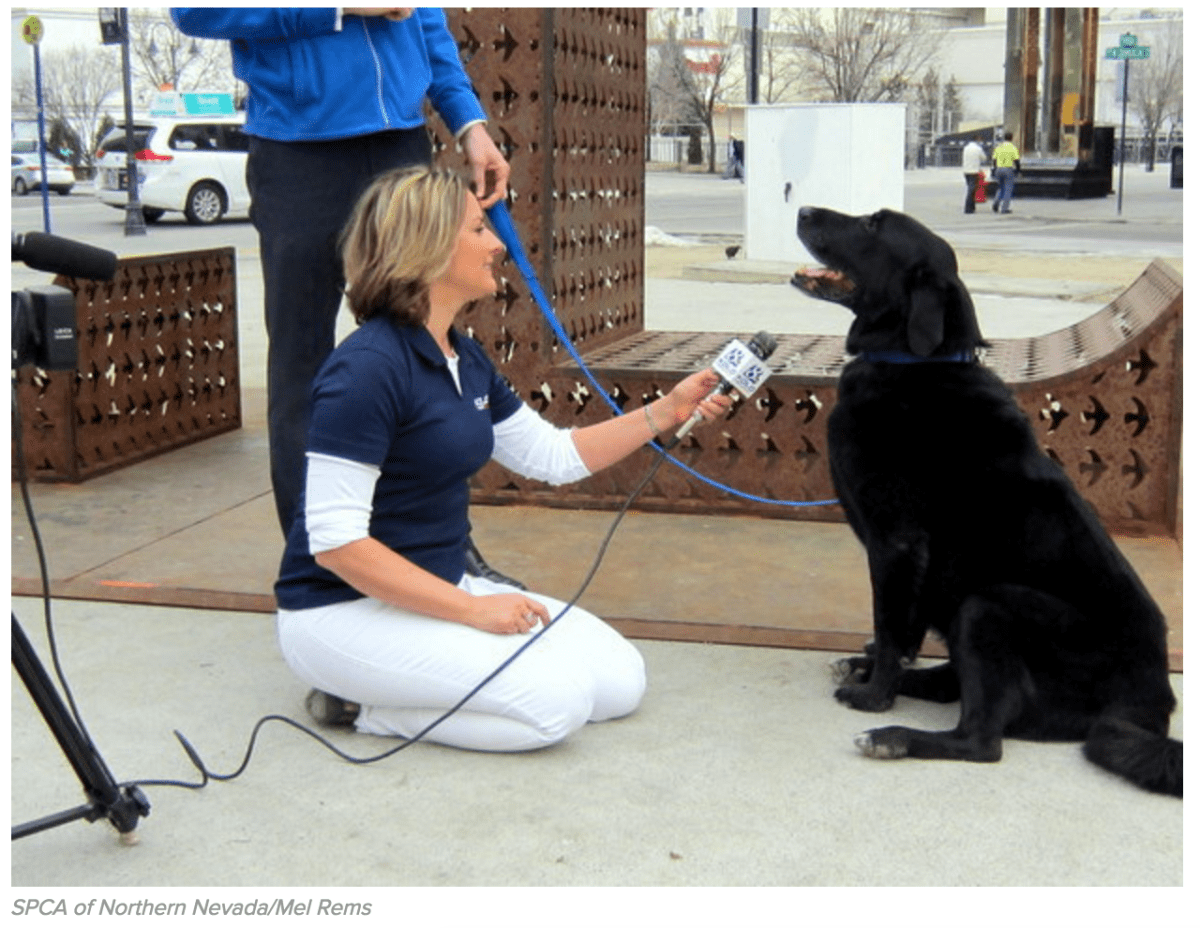 They say every dog will have it’s day, and we sure think Everett, a rescued shelter dog in Reno, Nevada, may have topped the charts with his. Everett took a seat as Mayor of the city for a day, where he was honored in a ceremony, given official city paperwork citing his role, taken on a tour of the city’s landmarks in an official limousine, and of course, took time to meet with the media (surely to talk about his policy in the city). Not only did Everett take on this important role with a giant smile, but also helped raise money for a no-kill shelter in Nevada and help remind everyone that millions of shelter dogs and cats are in need of homes (or government offices!) just like Everett. Congratulations, Everett! We think you may be one of the best Mayors in history!

Special thanks to our friends at BuzzFeed for sharing Everett’s paw-esome story.