The most unusual things seem to be more touching and adorable than anything else sometimes. There are many cross-species friendships and it makes me wonder: how do these friendships come about? It’s so bizarre to see animals that would typically never cross paths be best friends; it’s amazing that they met each other in the first place! And then you think, is their relationship real? I don’t know why it can be so difficult to believe that different species can have a mutual affection for each other; maybe it’s because we’re so used to stereo-types. But then I remember, don’t we have a mutual relationship with our own pets? So what’s the difference? 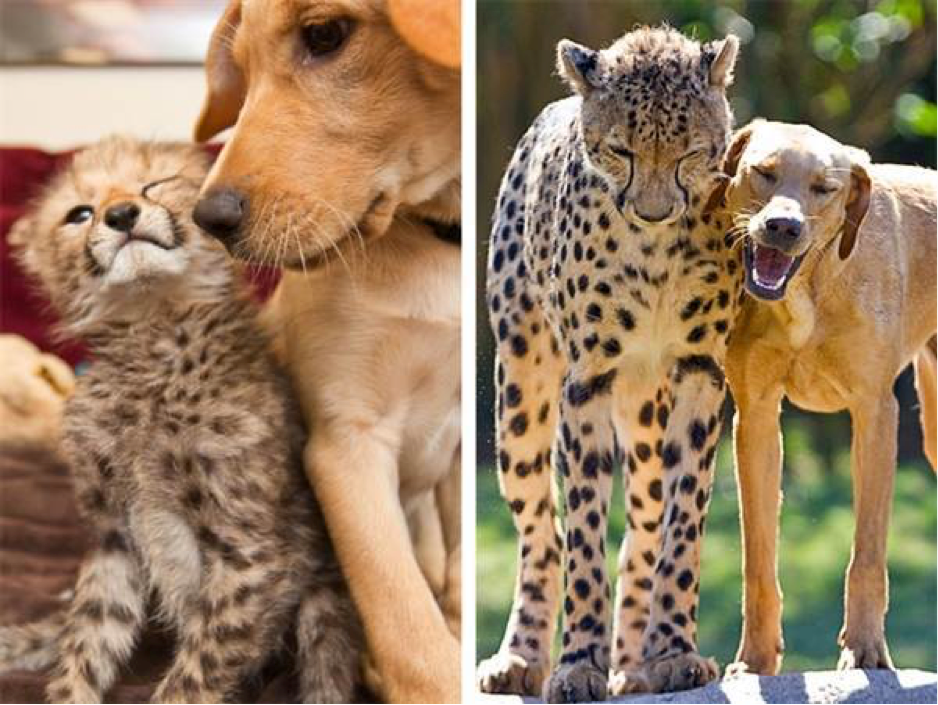 Kasi and Mtani from Busch Gardens

A lot of cross-species friendships start when animals are young. Most of the time they don’t have a parent to guide them and they are looking for a companion. We’re so accustomed to seeing dogs chasing cats and cats chasing mice––it’s stereotyping. But when a cat isn’t taught by its mother to hunt mice, they might as well be friends. Some animals even end up being raised by another animal “parent.” This way, they easily get along with the other animals because they are taught how to live the same way; despite having natural instincts. When animals are young, they don’t have a sense of what they’re supposed to do or how they’re supposed to act––they rely on someone to teach them. Therefore they different animals can influence each other and grow up together, ultimately creating a long term bond and relationship. 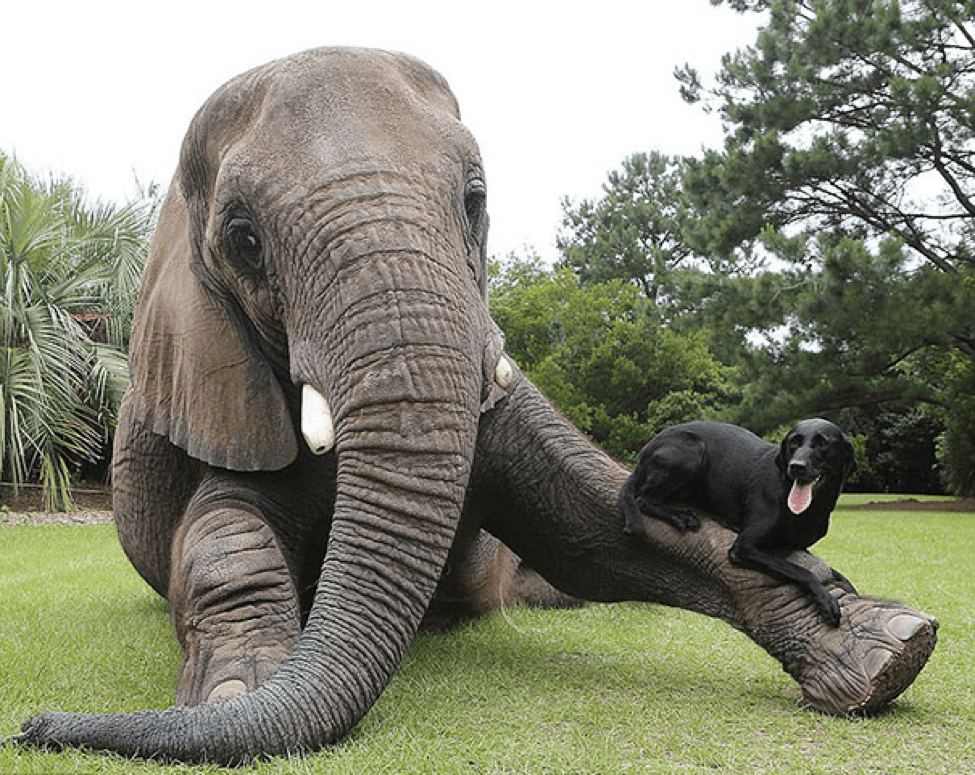 Another thing to consider is instinct. Many animals are “pod” animals or “pack” animals and they need other animals (usually their own species) around them. When animals are isolated from the wild or their own kind, they tend to go to whatever they have. For example, there was a hippo that resorted to befriending a tortoise, most likely because hippos are pod animals and don’t typically live alone. 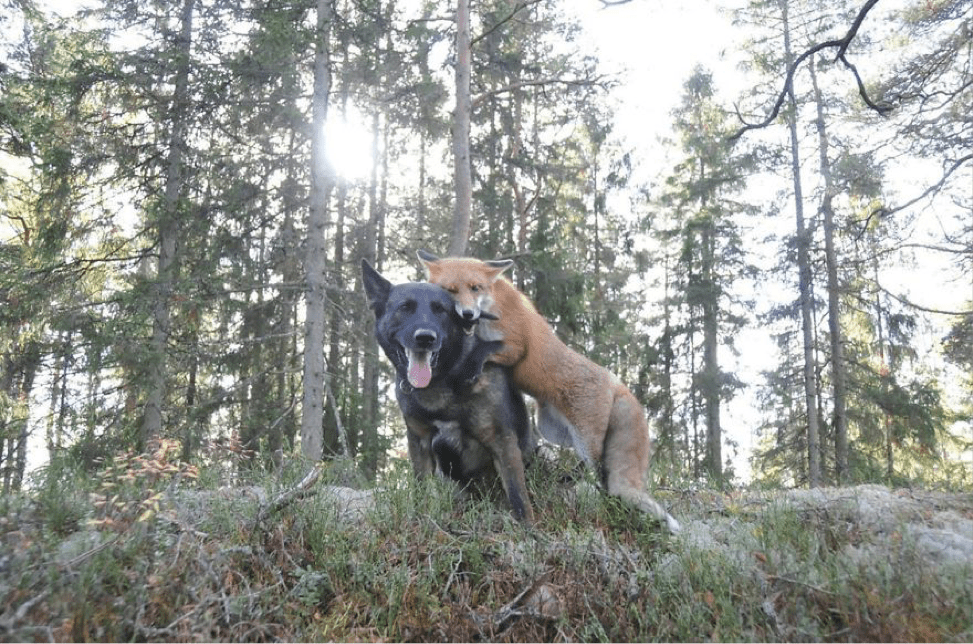 Some animals are just looking for companionship and get stuck with each other. This tends to happen in settings like a zoo, where animals are fenced in together, and since they need another animal, they resort to what they have. I find it amazing that animals can make such connections with complex emotions. But then I relate it back to myself and the relationship I have with my own pet, and it doesn’t seem very odd at all. 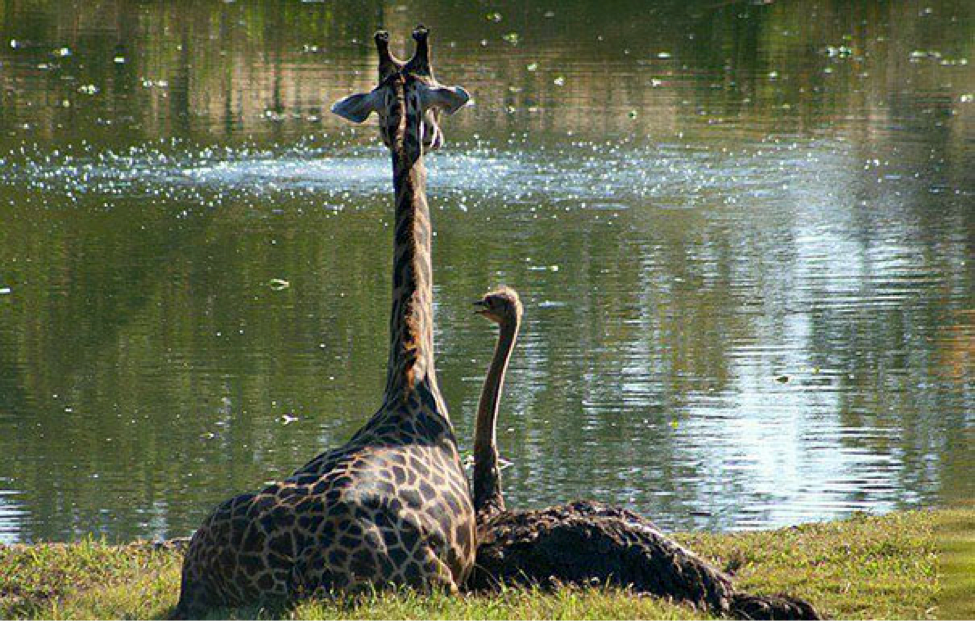 Bea and Wilma from Busch Gardens